The bilateral trade and investment between India and Canada is way below par when you look at their economic potential, strong people-to-people ties and trade complementarity. Diversification of the trade basket and creation of a robust JV connect programme for their SMEs could create sustainable growth drivers going forward.

As India and Canada pick up the pieces and chart their post-COVID economic roadmap, it is an opportune time to reassess where we stand on our bilateral engagement and how we should take it forward. The first key agenda point is of course the Indo-Canada Comprehensive Economic Partnership Agreement (CEPA) – which could herald a paradigm in the economic integration. So we would welcome an early conclusion of the CEPA with a framework that realistically matches the expectations and aspirations of both countries. 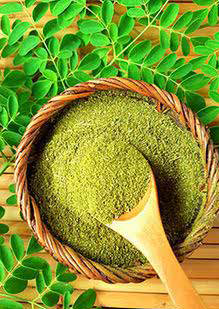 A major positive for both countries remains the strong people-to-people engagements, which have helped build the foundations and continue to strengthen their bilateral relationship. India has a strong competitive edge in services, and the 1-million strong Indian diaspora is playing a major role in the Canadian economy. Over the past few years, more Indians are seeing Canada as an attractive destination for immigration. The number of Indians admitted as permanent residents to Canada increased by 105% from 39,705 in 2016  to 80, 685 in the first 11 months of 2019.

Canadian initiatives to streamline the path of permanent residency for Indian workers have played a pivotal role in this regard. This is proving lucrative for tech workers as well as Indian technology companies, who are opening affiliate offices in Canada. Another significant factor worth noting is the 127% increase in Indian students coming to Canadian universities from 76,075 in 2016 to 172,625 in 2018, according to the Canadian Bureau for International Education. Therefore, this key adhesive that binds the two nations is expected to get only stronger going forward.

When you look at just the macro numbers, India’s imports from Canada stood at US$ 3.84 billion in 2019, and exports were at US$ 2.89 billion (ITC Trade Map). India accounted for around 0.9% of Canada’s total imports and 0.8% of Canada’s total exports during the year.

There is noticeable momentum in exports since 2016, while imports have been largely range bound over the past few years. But overall, it is aptly clear that these figures are way below par in the overall perspective of Indo-Canada relations, when you consider the sizes of their respective economies, people-to-people networks and the high complementarity in their trade basket.

Our interactions with Indian exporters to Canada have revealed that they do not face too many NTBs at Canadian borders, and a rules-based system is largely being followed between the two countries. In our view, diversification of merchandise and services exports can help catalyse bilateral trade. Data shows that the top 20 export items account for 37% of total exports from India to Canada. Both economies can benefit through identifying and exploiting opportunities in new product areas.

Food and Beverages is one such important sector. At the 6-digit level, India’s top exports to Canada are frozen shrimps & prawns (US$ 90.74 million); semi-milled or wholly-milled rice (US$ 66 million); shrimps & prawns, prepared or preserved (US$ 19.46 million); food preparations nes (US$ 17.7 million) and soyabeans (US$ 13.12 million). The top 10 exported categories accounted for over 64% of India’s total F&B exports to Canada. Overall, India accounts for just 1.1% of Canada’s imports from the world in food and beverage products. India’s rich agri resource base and the rapidly developing food processing sector give us confidence that this statistic will improve significantly in the coming years. 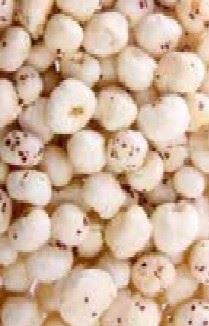 TPCI has been doing extensive work to accelerate the momentum in this area. Canadian buyers are an integral part of our flagship trade show Indusfood, which is the largest integrated F&B and tech trade show in South Asia. We have also undertaken focused BSMs, like the Food and Agri BSM last year in collaboration with CGI Toronto and Indo-Canada Chambers of Commerce to help Indian and Canadian companies explore trading arrangements and long term business partnerships. Our team organised another successful virtual BSM in July this year in collaboration with High Commission of India in Ottawa. TPCI has in fact increased the tempo of BSMs via the virtual mode in the post-pandemic period to overcome the difficulties faced by Indian and overseas companies.

We are seeing potential for exports of various products like coffee, processed/ready-to-eat food products, fresh fruits and bakery products, etc. India views Canada as a lucrative market with the food and drink consumption expected to grow to increase in the coming years thanks to improving lifestyles, higher disposable incomes and the presence of the Indian diaspora. We also see a higher demand for health supplements and even very specific products like moringa (drumsticks) and makhana (foxnuts).

FDI inflows from Canada to India stood at US$ 1.94 billion between April 2000 and June 2020 according to DPIIT, and it was ranked 20th on this parameter. But on the plus side, Canada is emerging as a leader when it comes to infrastructure and PE investments. Major Canadian investors like Ontario Teacher’s Pension Plan (OTPP), Canada Pension Plan & Investment Board (CPPIB), Caisse de dépôt et placement du Québec (CDPQ), PSP Investments, Brookfield Asset Management, Fairfax, etc. have invested across sectors – core infrastructure, real estate, renewables, telecom, banks, NBFCs, start-ups and are well diversified across asset classes. Overall investment from Canada to India has surged from US$ 5 billion to US$ 60 billion in the past 5-6 years, and we need to build on this strong momentum.

People-to-people engagement is a cornerstone of business relations. One often overlooked area between the two economies is the potential of business collaboration between their MSME sectors. On the lines of air bubbles being set up between nations in the present situation, I would like to propose that the Indian and Canadian governments collaborate to create a special kind of bubble between the two economies – an MSME bubble.

SMEs form an important part of both Indian and Canadian economies. There are around 63.4 million Micro, Small and Medium enterprise units in India (mainly in rural and semi-urban areas) that contribute around 29% to India’s GDP and 49% to exports. The MSME sector provides employment to over 111 million people and manufactures around 8,000 products, from traditional to high tech precision items. Canada is home to 1.18 million employer businesses, out of which 1.15 million are small businesses.

It will be prudent for both countries to ensure that their MSMEs get the requisite avenues and resources to scale, be globally competitive and expand their international presence. A major problem we observe for MSMEs in India is the lack of timely information and knowledge on the right partners they can align with to fulfil their global ambitions.

Therefore the two governments can consider launching a robust SME joint venture connect programme, which will facilitate such engagements between small and medium businesses of both countries in identified sectors of importance. MSMEs in India are eager to leverage such collaboration opportunities for investments, technology collaborations, market expansion, new product/service development, etc. A ‘bubble’ of this kind will help integrate MSMEs, which are the heart of industry on both sides, and provide a fillip to bilateral trade and investment that should see steady and sustainable growth over the years.